Do you have a few old toys lying around that you are wondering hold some value? Or you are a collector but want to let go of a few select pieces but are not sure who buys old Transformers toys. We have been collecting Transformers toys, along with countless other action figure brands, for well […] 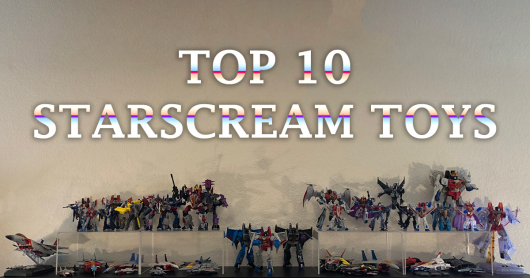 Welcome back to the top 10 list of Starscream toys. Please check back for the figures that made their way to 10-6 on the list. For a quick recap, these are my picks for the top 10 Starscream toys released by Hasbro and Takara. I am not including any 3rd party interpretations of the character […]

Egotistical, self-centered, cowardly, spiteful, and traitorous, a vile concoction of personality traits that define one of the most popular Decepticons, Starscream. Despite the personality flaws that define him, this character has remained a mainstay in Transformers toy lines and Media. The toy that would become Starscream was originally known as Jetrobo from the Diaclone toy […]