Back in the 1990s, the war between Nintendo and Sega was in full gear; however, another company had made its way to the pockets of nearly every child, Tiger Electronics. Even if someone did not own a Tiger Electronic handheld, they knew about the company. The handheld units filled the shelves of every toy aisle. Their games spanned all aspects of pop culture, from popular games to hit movies. Most importantly, each of these handhelds had cost a small fraction of what a Game Boy or Game Gear would cost.

However, Tiger Electronics did not only appear in the late 80s to challenge Nintendo’s entry into the handheld space. They also created many more successful products outside of the ever-present LCD handheld games. For instance, they created several action figures under the “Tiger Toys” label, such as Captain Planet.

So, let’s look back at the rise and fall of Tiger Electronics.

The founding and early days of Tiger Electronics

Back in 1978, Arnold, Gerald, and Randy Rissman founded Tiger Electronics, Inc. They set up their company in Vernon Hills, Illinois. Originally, they focused on creating devices like phonographs for children. One of their most successful endeavors in these early days was a Kiss Record player. They also created machines with Mickey, Hulk, and many more licensed characters.

Their history of creating phonographs would pave the way to the creation of the popular Talkboy, which prominently appeared in Home Alone 2. While this toy was originally nothing more than a prop, Tiger released the toy to stores in 1992. With the success of the film, Tiger had a hit toy on their hands.

However, by 1988, Tiger Electronics saw the opportunity to tap into an emerging market, handheld gaming.

One of the earliest handheld games that Tiger Electronics produced was the Football game. Back then, Madden was not yet a franchise, so the first Football game required no other title. This handheld recreated the Football video game that first appeared on Atari’s systems in 1978. It also had previously appeared in arcades, where it challenged Space Invaders for popularity. Tiger Electronics’ handheld managed to simplify the game even further than the original Atari’s release.

How did Tiger dominate the handheld market?

Every one of the handhelds produced by Tiger Electronics aimed to create cost-efficient and simplistic gameplay. To achieve this, defined patterns that keen eyes could find even on an off handheld filled the LCD screen. As the games ran, the LCD activated these patterns to signify animations in their games. Usually, characters would have no more than two “frames” of movement available.

The strongest force behind Tiger’s success was the affordability of their game systems. Where the Game Boy would cost $89.99 back when it launched, Tiger Electronics’ games cost about $20 each. Thus, many parents would opt to buy these products over the more expensive video game consoles. As more and more children showed up with Tiger’s products in their book bags, a trend was born.

Tiger Electronics also found a design that worked for them. These products could easily slip into the pockets and bookbags of children, so they frequently appeared in classrooms. Unlike other offerings, they created a rectangular outline that was approximately 4:3 ratio. Also, they laid out the controls on the bottom of the devices, a bit to the side, so they did not interfere with gameplay.

Other handheld options during the 80s and 90s

Tiger Electronics may have become the most popular name for LCD screen games, but they were not alone. Many other companies used the same formula to create a flood of handheld gaming options. For instance, Konomi opted to create their own handhelds over licensing out their popular games. Acclaim also entered the market.

Notably, Tiger Electronics was not the first company to create LCD games either. Back in 1980, Nintendo created the Game & Watch handhelds that took cues from the LCD screens on clocks. Nintendo’s LCD games made a profound impact on the industry and remained popular for years. Thus, it is no surprise that their success inspired Tiger Electronics.

Moreover, other companies opted to create LCD screens on wristwatches. For instance, many children played Pac-Man on a Nelsonic Watch. When it came to LCD watch games, Nelsonic was one of the top manufacturers in the market. Though, Tiger Electronics also created watch games, such as Batman, even if these were not their most well-known games.

The most noteworthy games by Tiger Electronics

Tiger Electronics, Inc. created an extensive library of games as they produced their handhelds. However, not every one of the games made an impact. Some games, like Jordan vs. Bird, remain unknown to the mass majority. Instead, Tiger became most well known for their games like Aladdin and Batman.

Moreover, Tiger Electronics created several electronic casino games, like a Caesar’s Palace Electronic Blackjack. Unlike games like Ninja Gaiden 3, their card games displayed even less detail since they only needed to simulate the layout of the cards.

With the runaway success of their handheld gaming products, Tiger Electronics tried to create gaming consoles with cartridges of their own in the 1990s. Perhaps they thought that their energy would continue into these endeavors. However, neither of them achieved remarkable success.

First, in a bid to jump on the rising virtual reality trend in the 90s, Tiger Electronics released the R-Zone in 1995. There is no coincidence that this product debuted in the same year as Nintendo’s Virtual Boy, Tiger was attempting to compete with Nintendo. However, both companies made the same mistake, they created all red screens that hurt the users’ eyes. Moreover, the R-Zone only hung over the user’s right eye. Thus, it is no surprise they did not see success here.

Then, in 1997, Tiger Electronics tried to spread its gaming branch once again with the Game.Com system. This system featured a black and white screen and internet access before wi-fi was an option. Also, the system featured a touchscreen with a stylus. This system ultimately failed, partially because its additional features did not appeal to the gaming public. Also, some publications noted that the system had screen blurring and other issues. The lack of a backlight did not help the system either.

Despite the dismal sales of the original Game.com, only managing to sell 300,000 units, Tiger once again tested the water with the Pocket Pro in 1999. While the Game.com Pocket Pro was smaller and cheaper, it still had the same issues as its predecessor. It also still had only about 20 games available to it. So, it failed as well.

With the major failures of their gaming consoles on their record, Tiger Electronics had stained their name. Thus, their profits dwindled over the years. Thus, by 1998, Hasbro moved in to privately purchase Tiger Electronics for $335 million.

In that same year, Tiger Electronics released the hit new product, Furby, with Hasbro’s support. For a time, this product alone was the hottest selling toy on the market. These toys became a hit because they capitalized on the recent fad for digital pets, like Tomodachi. However, these toys required no micro-management to keep alive.

Sadly, this first wave of success did not last. Tiger Electronics continued to fade into obscurity, especially after their next failed attempt at a gaming console, Net Jet. Unlike their prior handheld products, Net Jet was an attempt at an online gaming library. However, one of its main components was a security key that unlocked the ability to play games via the Net Jet controller. This became another failed venture by Tiger, and the service is currently discontinued. So, anyone who buys a Net Jet controller today would not be able to play any games.

In 2020, Hasbro decided to bring back some of the most popular titles from the Tiger Electronics handheld library. Likely, the runaway success of throw-back systems like the NES Classic Edition and Sega Genesis Mini inspired this move. With the success of these systems, many more companies have been releasing throw-back games and consoles.

So, those who want to check out the LCD games at their best quality may pick up games like Jurassic Park, Transformers, X-Men, and more. For those games that did not get a rerelease, there is always the chance that someone will resale their classic handhelds.

Do you have old and used Tiger Electronics Handhelds and toys?

If you have a collection of old and used toys, you can turn those toys into cash. There is no reason to let those old toys collect dust. Contact us today to sell your Tiger Electronics handheld and toy collection.

Made in Collaboration With: 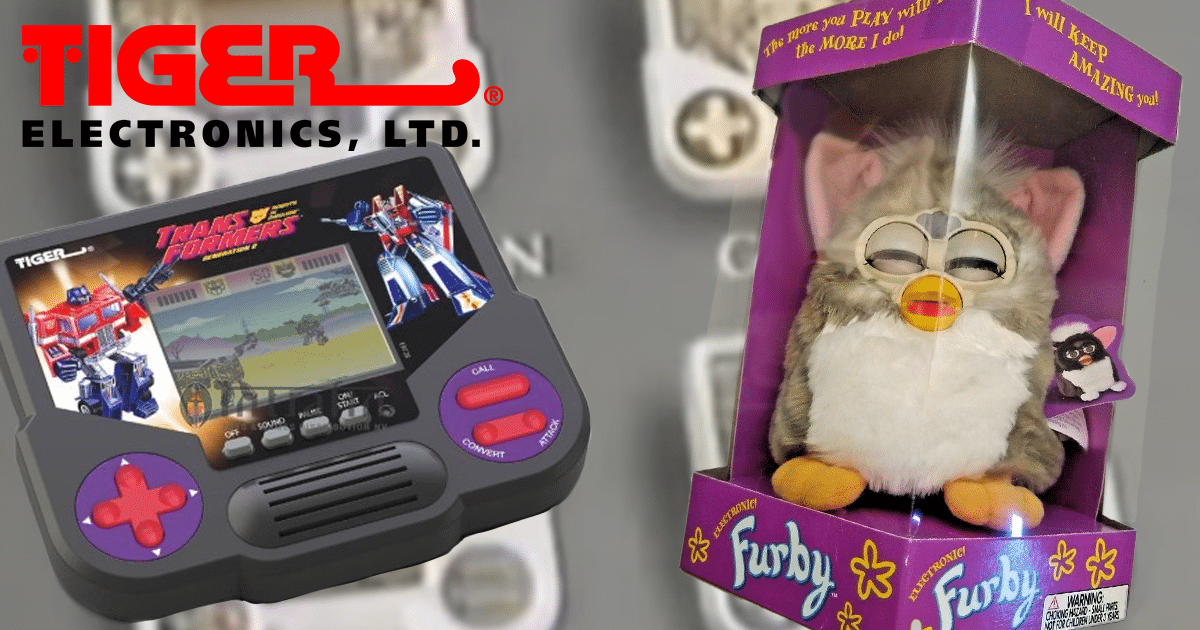