We bring in a new stock of collectibles and toys consistently throughout the year. If you are interested in finding out what our vintage toy buys for last week were, please check out the article here.

Ready to discover what is in store for this week’s top toy buys?

We are ready to buy your G.I. Joes! 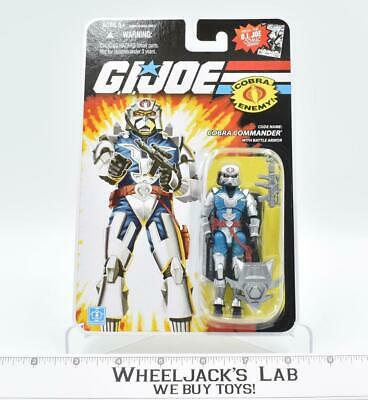 In 1982, Hasbro relaunched the G.I. Joe toy line as G.I. Joe: A Real American Hero. Taking inspiration from the Star Wars line, Hasbro opted to resize their figures to the 3.75-inch (9.5 cm) scale that Kenner used, though Hasbro’s toy line had more points of articulation. Hasbro aimed to make a significant impact and grouped their animated series, comic books, and new toy line under the same umbrella while still implementing traditional action figure marketing. This method allowed Hasbro to branch out even further and produce board games, kites, posters, t-shirts, and video games.

In 1985 Hasbro’s G.I. Joe toy line became the top-selling line in America via the Toy & Lamp and Hobby World publications. In 1983 Hasbro added a swivel-arm during the second series, and later in the fourth series, ball joints in the necks to increase posing ability. During the A Real American Hero era, Hasbro released over 500 figures as well as 250 vehicles and playsets.

Do you have Planet of the Apes toys ready to sell?

Mego entered the toy world with Planet of the Apes, and they did not squander that first attempt. On the heels of the film, the toy line was hugely successful. The first series of toys were 8” tall and featured five characters, Cornelius, the Astronaut, Zira, the Solider Ape, and Dr. Zaius. Mego also released the Treehouse and Village Playset and Action Stallion, a remote-control horse.

1974 became Mego’s most successful year up to that time, and the Planet of the Apes toy line was a major contributing factor to their success. Mego’s made the list of Top Ten Best Selling toys in both 1974 and 1975. Mego released the second wave of toys in 1975, all based on characters from the show, Alan Virdon, Galen, General Urko, General Ursus, and Peter Burke. Mego also added 5” Bend and Flex figures, the Battering Ram, The Fortress, The Jail, The Forbidden Zone Trap, Dr. Zaius’s Throne, and The Catapult and Wagon.

Playmates Toys released their Dick Tracy series of action figures in 1990 following the successes of comic books and the movie. The lineup consisted of Big Boy Caprice, The Blank, The Brow, Dick Tracy, Flattop, Influence, Itchy, Mumbles, The Rodent, Shoulders, Lips Manlis, Pruneface, Sam Catchem, Steve the Tramp. Playmates Toys also released two vehicles with the Big Boy’s Getaway Car and the Police Squad Car. The figures are all designed with a very cartoon and pulpy look to them, in keeping with the Dick Tracy tradition. The figures have five points of articulation, and most of them came packaged with a firearm (ranging from the standard pistol to a Tommy Gun) and a unique accessory.

An odd and interesting note is that the titular character Dick Tracy does not come styled with his signature yellow trench coat. The Blank remains a rare, and often pricey, item among collectors, as it was released later than the other thirteen figures.

Ready to learn more on who buys vintage toys?

Do you have a vintage toy or collectible, but your still don’t know who buys them? Wheeljack’s Lab buys and sells vintage toys. If you are ready to sell your collection, do not hesitate to contact us via e-mail. If you would like to see what we currently have available for sale, check out our eBay store!

Do not forget to check in regularly for new vintage toy buys!