Ready to know about our latest vintage toy buys for the year? Wheeljack’s Lab has the stock coming and going!

Since our last post, we’ve continued to bring in vintage toys. Come check out the top-selling brands that we have been buying and selling as of late! 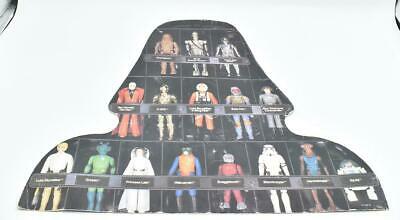 The original release of the toys, in 1977, saw empty boxes shipped to customers with certificates that guaranteed one of four toys from the original line of Luke Skywalker, Princess Leia Organa, Chewbacca, and R2-D2. Kenner developed this innovative but harshly criticized method due to the twelve to eighteen-month production length of three-dimensional model toys at the time. The toy line shipped in 1978, lasting until 1985, and sold 250 million figures.

We buy vintage toys from the Madballs Toyline

The mid-eighties saw a surge of Madballs content in the form of direct to VHS cartoons, comic books, a video game on the Amstrad CPC, Commodore 64, and ZX Spectrum systems, and of course, a toy line. The original series was comprised of eight bouncing balls made of foam or rubber that featured freakish faces and designs. Each ball was given a strange name, theme, and synopsis consisting of gross-out humor to further characterize the hideous creations.

There was also a line of Super Madballs. These were larger versions of Madballs that took the form of regular-sized sports balls such as American Football, Basketball, and Soccer. The second series featured another set of eight different Madballs characters. AmToy also released a line of nine posable action figures called Head-Popping Madballs that featured swappable headpieces. The Madballs were only produced for one year, in 1985, but still managed to explode in popularity despite their limited timespan of distribution.

Galoob produced two different lines of A-Team toys in 1983. The first was the popular three-and-three-quarter inch scale, and the second was a more detailed six-inch line. Galoob took an interesting approach in releasing the smaller scale line by opting to deliver the figures in sets of four instead of the traditional single toy offering.

Wheeljack’s Lab has been buying and selling Toys on our eBay store for years. We have the experience and staff to get you the fairest prices on your vintage toys.

Bio: I’m the founder and owner of Wheeljack’s Lab pop Culture and Toy Shop. My vision has always been to reunite customers with their favorite childhood toys and pop culture, triggering fond memories, and reigniting their imaginations. Every day I work in the “lab” where it’s Christmas 365 days a year; scouring the internet – like we did the Sears Catalog of yesteryear – for the next great treasure, awaiting the arrival of the postman as if he was Santa Claus himself and helping collectors worldwide with their own versions of Christmas. Every day as a vintage toy buyer is an absolute joy!