We’re near to the end of our first month of vintage toy buys in 2021, and what a month it has been. There has been no shortage of new and interesting collections to delve into this year, and we look forward to seeing even more to come!!

If you are interested in looking through our last set of vintage toy buys, check out the article here! 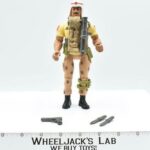 From 1986 to 1987, Coleco released a series of Rambo toys that were based on the cartoon series that was on air at that time. Since Rambo: Force of Freedom had a successful debut of a 5 part miniseries, the cartoon released a further 60 episodes and spawned the series of action figures by Coleco.

Thus, Coleco released 12 fully articulated 6 1/2” action figures based on the show in 1986. The first run consisted of these characters:

Who buys Rambo vehicles and playsets? 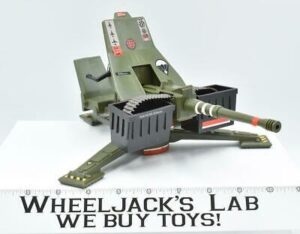 Also included in the first series were several vehicles and playsets to go along with the figures. One of the most notable sets was the S.A.V.A.G.E. Strike Headquarters due to its size and scope of weapons. However, there were several other playsets. The complete run of playsets was as follows:

Do you know where to sell your Series 2 Coleco Rambo action figures?

Luckily for Coleco, the first series was successful. So, in 1987, Rambo returned for a second series of 6 ½” action figures. Unfortunately, there were not as many figures in this line. The second series consisted of:

Unfortunately, there was never a third series of this toy line. However, for those who love vintage toy buys, you can always look forward to collecting this line from your favorite toy retailers, like Wheeljack’s Lab.

We are always on the lookout for the newest and greatest in vintage toy buys. Wheeljack’s Lab has over 3 decades of experience selling and buying used toys and action figures. So, you are certain to get the best value for your collection. We are quick to respond and will cover most shipping costs.

Also, check out our e-bay store to see what is hot and selling in vintage toy buys today!