The start of 2021 has come with several new Vintage Toy Buys to share with everyone. We purchase your old and vintage toys so that new collectors can enjoy them all over again. So, let us celebrate the collections that have been sold and bought here at Wheeljack’s Lab!

If you are interested in the toys that made it onto our list last week, check out them out here! 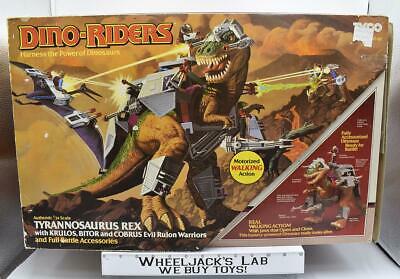 In 1988, Tyco launched the Dino-Riders line along with an accompanying cartoon series that Marvel Productions produced. Fans of this line remember the toys for the motorized walking movement that defined the series. Only a few figures in the line, such as the Brontosaurus from series 2, lacked this motorized aspect.

In addition to the motorized movement of the toys, this line was known for the mechanical armor for the humanoid figures these toys came with. This armor gave these figures a distinctive look that helped them stand out amongst the piles of dinosaur toys. Why should one be happy with just a Tyrannosaurus Rex when they can have a Tyrannosaur with lasers! The only thing better is sharks with lasers, but that is for a different time and place.c

As of late, Wheeljack’s Lab has sold a working Tyrannosaurus Rex for well over $700 on our e-bay store! This was a rare find since many of the Dino Rider figures have lost parts or functionality since their release. However, with services like ours, you can rest assured that working, complete vintage toys will be available for collectors.

If you have a collection of Dino-Riders that you are ready to sell, do not hesitate to e-mail us so that we can get cash in your hands! 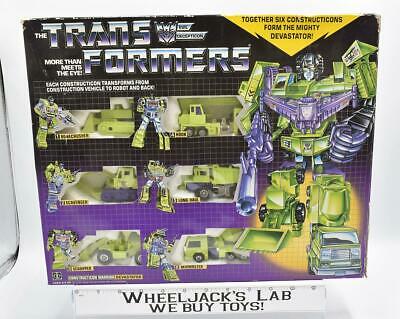 With over 10 televised cartoon series and 7 theatrical movies, Hasbro’s Transformers toy line has cemented itself as a mainstay toy line. With the current popularity of the brand, fans are always racing to collect the vintage toys that started the phenomenon. While some fans want to see the origins of their favorite toy line, others collect so that they can reclaim their childhood toys.

Hasbro started the Transformers toy line when they obtained the rights to localize the Takara toylines: Diaclone and Microman. In 1984, Hasbro rebranded these Japanese toys as The Transformers. Also, they collaborated with the creative team at Marvel Comics to present the names known by fans across the globe: Megatron, Optimus Prime, Bumblebee, and many more. Not only did Marvel help name these characters, but they produced comics to promote this toy line. Also, Hasbro collaborated with Sunbow to produce a cartoon series.

With the groundwork in place, this toy line took the world by storm.

With its current popularity, it is no surprise that vintage Transformers toys sell for hundreds to thousands of dollars. 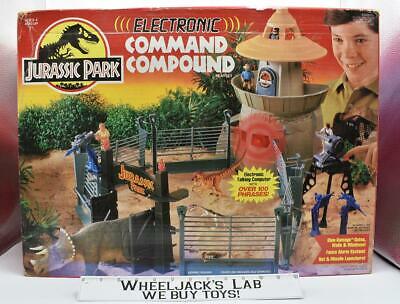 In 1993, moviegoers were taken away by Steven Speilberg’s latest blockbuster film: Jurassic Park. This film took the words of Michael Crichton to bring to life dinosaurs in a way that audiences had not seen to date. Gone were the stop-motion, tail dragging creatures of the past. Instead, Speilberg introduced the world to a reality where dinosaurs smoothly moved and struck with swift ferocity.

With the hearts of audiences, especially children, won over, toys based on the property were soon to follow. Thus, Kenner took on the mantle of releasing the Jurassic Park toy line in 1993 to correspond with the release of the movie. Since then, Jurassic Park toys have continued to release to the public up until today. During the decades to follow, the toys changed banners from Hasbro to Kenner. Now, the line is known as Jurassic World, lies under the Mattel banner.

Why buy a regular dinosaur toy when you can have a velociraptor or triceratops from Jurassic Park in your hands? With this brand power, there is no question as to why collectors buy vintage toys like the Jurassic Park Command Compound for $600.

We are always on the lookout for the greatest vintage toy boys. Wheeljack’s Lab has over 3 decades of experience selling and buying used toy collections, so you are in good hands with us. We are quick to respond and will cover most shipping costs. E-mail us today to get your sale started.