Wheeljack’s Lab is the place that buys your vintage toy collections whether it be 2020 or 2021. We continue to bring in new stocks of vintage and collectible toys with each coming week.

To check out last week’s choices for vintage toy buys, check out the article here. 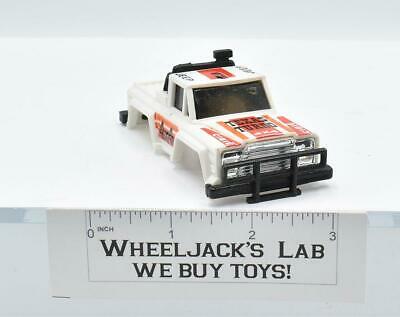 In 1983, Schaper introduced some changes. Most notably, adding wider tires, free-wheeling when the truck was off, and a second speed to the core line of 4x4s.

1984-1985 saw Schaper continue to expand and improve their 4×4 battery-powered trucks. The Trendsetters, mini 4x4s, were released in 1986, as were The Future Force, Mega Star, Gator Rally, and All-Terrain Vehicles lines. Most other lines remained the same for Schaper’s final year of production.

Do you know who buys and sells Planet of the Apes toys?

Mego manufactured the Planet of the Apes toy line in 1973.

In the first series, you found five characters: Cornelius, the Astronaut, Zira, the Solider Ape, and Dr. Zaius. Mego also released the Treehouse and Village Playset and Action Stallion, a remote-control horse.

In 1974, Mego had its most successful year up to that time with the Planet of the Apes toy line playing a major role in that success.

Mego released the second wave of toys in 1975, which was based on characters from the show: Alan Virdon, Galen, General Urko, General Ursus, and Peter Burke. Mego also added 5” Bend and Flex figures, the Battering Ram, The Fortress, The Jail, The Forbidden Zone Trap, Dr. Zaius’s Throne, and The Catapult and Wagon.

Did you know that Kenner manufactured Indiana Jones toys from 1981-1989?

In 1982, Kenner released an initial line-up of four toys for Raiders of the Lost Ark, Indiana Jones himself, Cairo Swordsman, Marion Ravenwood, and Toht. There was also a send away offer for a fifth figure, Belloq in ceremonial robes, printed on the cards.

In 1983, Kenner released four more figures, Indiana Jones in German Uniform, Belloq, the German Mechanic, and Sallah. Three Action Playsets were released, the Map Room, the Well of Souls, and The Streets of Cairo.

We are always seeking new stock of vintage toys to buy and sell at our eBay store. If you are looking for a store that buys and sells vintage toys, do not hesitate to e-mail us. We are quick to respond and will happily get your sale going. Also, you do not need to worry about any additional fees or shipping, we have you covered!