Welcome to a brand new year of vintage toy buys! We are looking forward to the new stock of toys that will come with the new year. If you are interested in last week’s picks, please check out the article here!

Without further ado, let us check out what is in store for this week!

This week’s Vintage Toy Buys are:

Are you ready to sell your Indiana Jones toys?

In 1982, Kenner released an initial line-up of four toys for Raiders of the Lost Ark, Indiana Jones himself, Cairo Swordsman, Marion Ravenwood, and Toht. There was also a send away offer for a fifth figure, Belloq in ceremonial robes, printed on the cards. This version of Belloq is quite rare as it was never released for wide distribution. Still reveling in the success of their Star Wars brand, Kenner released the Indiana Jones line with a notable upgrade, flexible knee joints.

The first line of figures was not released until 1982 because there wasn’t a deal in place to produce toys for Indiana Jones until after Raiders of the Lost Ark had its theatrical release. Kenner also released one 12’ Indiana Jones figure. 1983 saw the release of four more figures, Indiana Jones in German Uniform, Belloq, the German Mechanic, and Sallah. Three Action Playsets were released, the Map Room, the Well of Souls, and The Streets of Cairo.

Wheeljack’s Lab is the place that buys your vintage Predator toys! 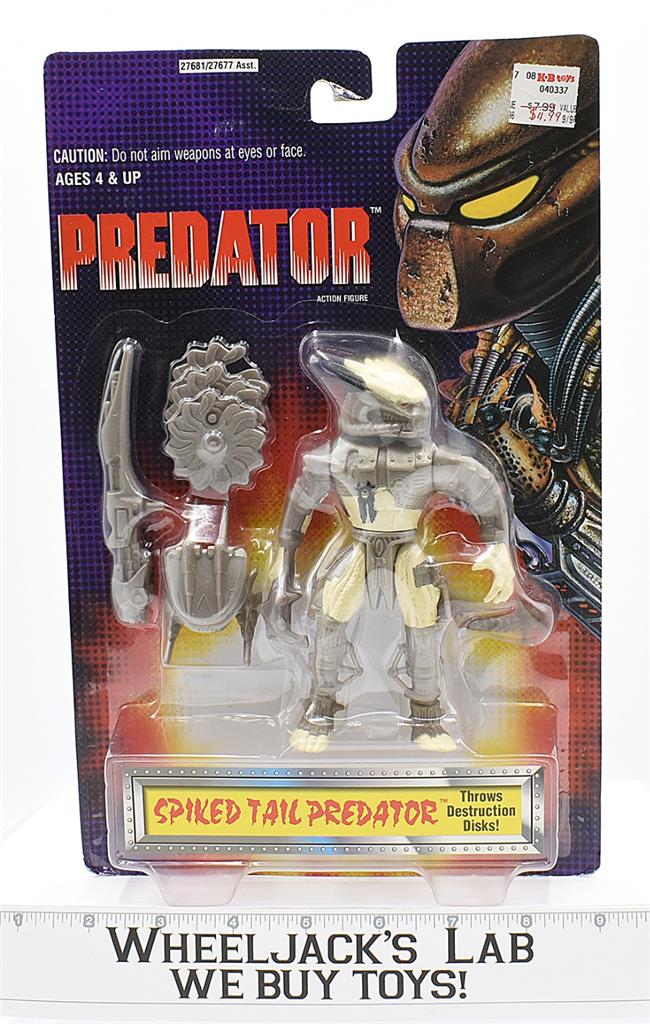 Kenner released a line of toys based on the Predator movie franchise from 1994 to 1996. Many of the figures were original creations that were not in the movies or television series.

In 1995, Kenner released the second series featuring only one addition with the Lasershot Predator. Kenner also released a larger model figure in 1995, the 10” Ultimate Predator.

The third series featured one new entry, the Renegade Predator, and updated models for the Stalker Predator, Scavage Predator, and Spiked Tail Predator. Between 1994 and 1996, Kenner released three series in all that totaled fifteen figures and one vehicle.

Selling your Xena: Warrior Princess toys? You’ll need to know who buys them!

The second wave of six-inch figures was Xena with Pillar of Power, Velasca with Tribal Mask and Ambrosia Cave, and Autolycus: King of Thieves with Grappling Hook and Dagger. The second wave of twelve-inch dolls featured Warlord Xena, Ares, Roman Xena, and Amazon Princess Gabrielle.

These are all excellent examples of our vintage toy buys of the week!

We are always seeking new stock of vintage toys to buy and sell at our eBay store. If you have a collection of vintage toys and collectibles that you are looking to sell, do not hesitate to e-mail us. We are quick to respond and will happily get your sale going. Do not worry about any additional fees or shipping, we have you covered!