Toy Buys of the Week

Wondering who buys old toys?  Looking to sell your toys now?  We’d love to take a look at your toy collection. Below are some of the toy collections we bought in the past week.  Enjoy!

We are always collectible toy buyers for Dune toys!  Dune is a toy line set for a revival with a new two-part movie due to come soon. A film largely about a conflict over the most important substance in the known universe “the spice.” The spice allows for space travel and psychic ability. The movie wasn’t quite made for children and the toys were for sale.  Quite unfortunate given they were well made by LJN. 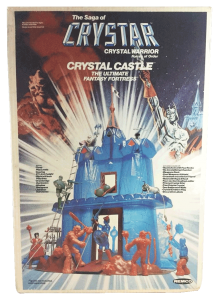 Tron was the 1982 Disney Sci-Fi action-adventure, which was the first film to largely use computer animation. The action figures were produced by Tomy. Six figures made official release and were distributed in the United States. Tomy went with a slightly larger 4” scale.

Go-Bots a transforming toy line produced by Tonka from 1983 to 1987. They are based on the figures produced by Bandai. The toys did very well, but Hasbro’s Transformers quickly took over. Considering most lines don’t last a year, Go-Bots lasting 5 years is an eternity!

A robotic toy line made by Tomy, based on the 1984 Marvel comic. The line lasted two years, 1984 and 1985. For me, I always liked interchangeable toys and I also loved wind-up toys and Starriors are both.

“The World’s First ‘Hands-In’ Action Figures” were Coleco’s initial foray into action figures. What that means for those of you who never had them is they were, in some cases, literally hand puppets. Very cool toys, especially the insects.  Sectaurs were 6” figures. A little larger than most mainstream toy lines.

The Wheeled Warriors were released by Mattel in 1984. The gimmick of the toy line was “stack & attack” meaning the wheels and weapons of all the vehicles were interchangeable. Now that is customization! Even better, they sold weapons packs for further modifications. Unfortunately canceled after just one year.

Some great looking toys with some very clever gimmicks.  They were made by Kenner in the mid and late 1980’s.  Figures were a bit smallish, but that was so they were to scale with the vehicles and to keep them at a good affordable price point.

Made by Mattel in 1982 it’s a toy line right at home in the 5.5” scale. Try imagining them at 3 ¾”?  Not a pleasant image! Easy to use figures and gimmicks along with a great storyline made these some of the best toys of the 1980’s

The initial run of toys made by Kenner would see around 5 million of each toy made (on average). Amazingly popular.  The figures could have been a bit better, but the ships, vehicles, and creatures, as well as the playsets, made up for the poor articulation of the figures.

America’s oldest action figure made by Hasbro.  G.i. Joe is going on 58 years old. With its roots in 12” figures, he got a remake in the early 1980’s into the popular 3 ¾” scale.  With 9 articulation points, they have high play value. That along with some of the best playsets ever made in the USS Flagg, Defiant, and Terror Drome.

In my mind the most popular toy franchise in history.  With figures being made by Hasbro nearly every year since 1984, not even Star Wars or Gi Joes can say that.

At Wheeljack’s Lab, we are both vintage toy buyers and vintage toy sellers. We currently have nearly 5,000 vintage toys to choose from.

We recently received a collection of vintage prototypes and memorabilia from a former Tonka Executive! It includes pre-production mock-ups, hardcopies, first shots, test shots, engineering pilots, unproduced & unreleased prototype toys & MORE! If you would like to signup to be notified when they go for sale click here. If you would like to read our article about the prototype process at Tonka please read.