The Transformers brand debuted in 1984 and has been sold virtually ever since. With Marvel Comics providing the backstory, and an animated series for marketing support, it took off. Arguably one of the top 3 action figure toy franchises in history. We’ve been buying and selling G1 Transformers toys for 20 years making evaluating the most expensive G1 Transformers toys pretty easy. This list is for loose figures c9 or c90 depending on a dealer’s or person’s scale. To learn how to grade figures read my article How to Grade Vintage Action Figures and Toys. Nice figures with light wear that anyone can acquire.

Mint condition c95 figures tend to be much higher for the early released figures, which is why I went with the c90 grade without that premium. Additionally, I didn’t go with sealed figures as few can afford them, and it’s hard to compare apples to apples in terms of condition. This list is only for official US releases and doesn’t consider variants like the Pepsi Optimus Prime, or the Takara metal plate’s version. So with that let’s count down the 10 most expensive G1 Transformers toys.

We start with the hottest 1984 G1 Transformers toy Optimus Prime also found in my Top 10 G1 Transformers Toys Must-Haves. Usually, expensive figures tend to be reserved for short packed figures, canceled waves or the end of the toy line. Here Optimus Prime bucks that trend. I’ve had more Optimus Prime figures than any other G1 figure. He’s in the top 10 as he looks great, and he’s an iconic figure. Unfortunately, he’s often broken and missing accessories. All those factors bring the price to around $200.

In Japan, they started marketing “Scramble City” in 1985 which were bases that made a miniature city. While Trypticon was not marketed as such in the United States, he was brought over to the USA.  Up to this point, he was the largest G1 Transformers figure. He had a big price back in 1986, and today loose figures bring right around $200. Part of the reason for the big price, aside from his big size, is the electronics are frequently shot and he has lots of lost accessories.

The first of a few Pretenders is this list. Pretenders are a series of G1 Transformers that are not always the most popular. Even though not the most popular, not that many were made in 1989 as the line was winding down, which is partially responsible for the price. Vroom is a mega Pretender and Cybertronic dragster.  Opening the shell reveals the core robot inside the shell. The main reason for the $200 price is Vroom is prone to breakage, making my Top 10 Breakable G1 Transformers list. 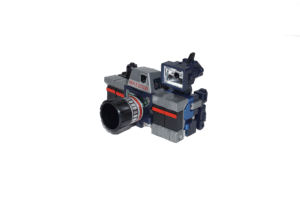 Reflector is comprised of three separate robots—Spectro, Spyglass, and Viewfinder. This figure was a mail away so the supply is somewhat limited. A great looking figure, which held up great.  The limited supply is the only reason he runs around $215. 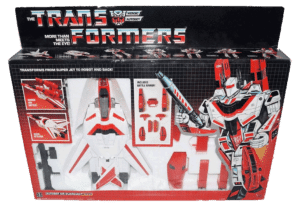 Jetfire’s origin is from the Robotech series made by Takatoku Toys. A great looking toy series. A very popular figure and one of the best looking figures making my Top 10 G1 Transformers Toys Must-Haves and Top 10 Most Popular Vintage G1 Transformers Toys. Today many are yellowed or broken causing a short supply of nice looking figures. Also, it comes with a large number of accessories many prone to breakage. Price runs around $220 for nice examples. 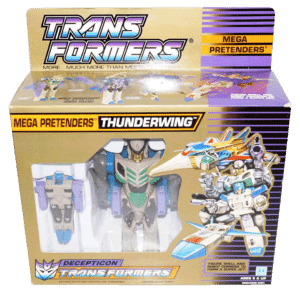 Thunderwing is another mega Pretender from 1989. Again few were made and is a fairly popular character. The good news is they are rarely broken, and the parts are usually not lost. The price runs around $240. 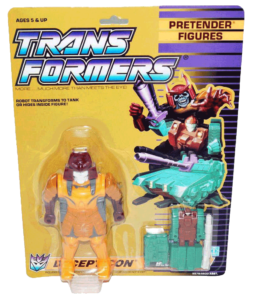 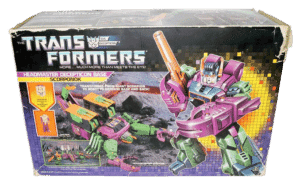 Scorponok the second-largest Transformers. A pretty sturdy figure, but with a large initial price keeping supply low.  With loads of accessories, it will set you back around $350. 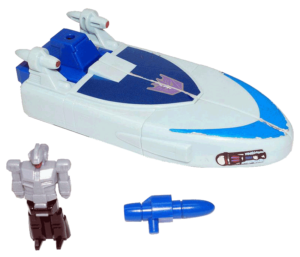 The Cybertronic hovercraft scourge got a makeover (retooling) and the Scourge Targetmaster was born. Paired with Fracas he’s a popular character. Making both my Top 10 Rarest Vintage G1 Transformers Toys as well as making my Top 10 Most Popular Vintage G1 Transformers Toys. Unfortunately, Scourge often suffers from yellowing, along with his partner Fracus frequently broken has driven up the price to $350. 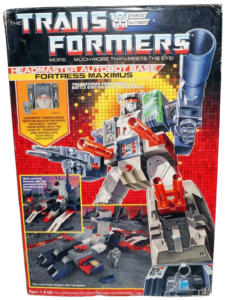 Fortress Maximus the toy few got, given his steep price. In 1987 it was upwards of $80! Standing near 2’ tall, few were packed away into storage containers. Instead, they were left sitting out for decades leading many figures to become yellowed and filthy. If you have a yellowed figure try restoring it by reading Restoring Yellowed Transformers Action Figures. That problem of yellowing along with it being one of the Top 10 Most Popular Vintage G1 Transformers Toys gives us a price of around $650 today. Oddly this one has dropped in price the last 10 years from its peak. Ten years ago I could sell a loose c90 condition Fortress Maximus for $2,000. It has dropped in price like no other G1 figure.

There you have it the most expensive G1 Transformers characters. We welcome your feedback so drop us a note.