In the 1980s, audiences loved to see two things on their television screens: fast cars and the Hoff. First appearing on television in The Young and The Restless, David Hasselhoff quickly became the heartthrob of women across America. Only his good looks challenged his immense charm and screen presence. So, he continued to land prominent roles in film and television. By 1982, he was ready to become the leading man of one of the most defining television shows of the decade, Knight Rider.

Taking inspiration from popular series from the past, like the Lone Ranger, Knight Rider presented the adventures of a lone crime-fighter. As Michael Knight, the man who does not exist, traveled across the nation, only his car accompanied him. Unlike most cars, the show envisioned an advanced Artificial Intelligence inside of a state-of-the-art, armored sports car, which became the Knight Industries Two Thousand. Thus, Michael Knight and K.I.T.T. used their unique sets of skills to topple the various criminal organizations around the world.

Even though Michael Knight went on “solo” missions with his car, he always could call upon his team from the Foundation for Law And Government, FLAG. Edward Mulhare’s character, Devon Miles, oversaw the FLAG organization, personally overseeing each of Michael Knight’s escapades. The foundation also worked closely with a Knight Industries engineer. Both Bonnie Barstow and April Curtis had intimate knowledge of KITT’s inner workings.

Join us on a retrospective on the hit 1980s show, Knight Rider

The series started with a bang, as Michael Long, a police detective, found himself face to face with the muzzle of a gun. His case had turned side-ways as Tanya Walker betrayed and shot him in the face. Thus, the world assumed that Michael Long died that night, while Wilton Knight saw the opportunity to create the perfect defender of justice. Since the bullet wound had disfigured Long’s face, the surgeons that saved his life also reconstructed his face, using Knight’s son as a template. Thus, when Long woke up, he found a stranger’s face in the mirror.

Devon Miles easily explained to Michael that he now no longer existed, for the Foundation of Law and Order, FLAG, had arranged for a new identity for him. From that day on, he would be known as Michael Knight, a secret agent for the agency. They also provided a state-of-the-art car, the Knight Industries Two Thousand, that housed the company’s greatest successes, including an Artificial Intelligence. K.I.T.T. had one primary function, to protect Michael Knight and all other human life.

As the series progressed, it introduced K.I.T.T.’s predecessor, K.A.R.R. (Knight Automated Roving Robot). This first AI-controlled car originally appeared to be a success. However, the engineers at Knight Industries quickly found that giving K.A.R.R. the primary objective for self-preservation led to dangerous situations. So, they decommissioned K.A.R.R., storing the machine in case they found a fix for his programming. When the machine broke free, he went on a self-serving rampage, seeking to prove that he was the superior vehicle.

As Knight Rider entered the second season, Michael Knight learned that his face did not belong to him alone. Wilton Knight and FLAG had used the likeness of Knight’s son, Garthe Knight, to reconstruct Michael Long’s face. At the time, they believed that Garthe Knight would waste away in an African prison. The man’s unscrupulous activities led to three consecutive life sentences. Thus, Michael Knight became the good son that Wilton wished he had.

Unfortunately, no one in FLAG foresaw the corrupt nature of the officials around Garthe Knight’s prison. Happily accepting the man’s bribes, Garthe bartered his way to freedom and returned to the United States. Upon discovering Michael Knight’s existence, he became obsessed with proving that he was better than Michael in every way. Thus, he began the Goliath project, designing an 18-wheeler that had all the technical enhancements of K.I.T.T. While Goliath overpowered K.I.T.T., the combined ingenuity of Michael and K.I.T.T. won out in the end.

As the season progressed, audiences missed the presence of Patricia McPherson’s Dr. Bonnie Barstow. After the production team fired McPherson, they set up Rebecca Holden’s April Curtis as K.I.T.T.’s new technician. Making the transition even more jarring, the show failed to explain Bonnie’s disappearance. They also did not introduce April Curtis. Instead, she just appeared in the second season without any preamble.

As the fan backlash from Bonnie’s replacement assaulted the Knight Rider production team, season 3 saw the return of Patricia McPherson as Dr. Bonnie Barstow. As he returned to the FLAG team, the show explained that she left to work at a scientific research institution. As she settled back into her role as K.I.T.T.’s engineer, April Curtis vanished from the show. Like Bonnie’s removal from the show, April’s disappearance went unexplained.

Along with the return of Bonnie, the show advanced K.I.T.T.’s design, remodeling the interior. Several buttons and displays around his dashboard changed for this season. Most notably, the buttons around K.I.T.T.’s voice box changed, prominently displaying new buttons for the sat comm and radar.

This season also saw the definitive battle between K.A.R.R. and K.I.T.T. As a marine mechanic, John Stanton, located K.A.R.R. at his crash site, he agrees to hide the advanced machine. After the pair steal laser technology from the FLAG Mobile Unit, Stanton gave the car a new dual-toned appearance. After K.A.R.R.’s ambitions proved too grand for Stanton’s tastes, he attempted to walk away from the machine. Unfortunately, K.A.R.R. kidnapped Stanton’s girlfriend, Mandy, forcing Stanton to help him with his robbery. In the end, K.A.R.R. revealed that the heist was only a ruse that would allow him to finish off K.I.T.T. for good.

As Knight Rider moved into the fourth season, the production added one more mode to K.I.T.T. Since they believed that audiences had become bored with a simple car that drove itself, they gave K.I.T.T. a transformation. Thus, the Super Pursuit mode granted K.I.T.T. a transformation sequence that boosted his speed. The car gained retractable spoilers and moveable air inlets that helped him achieve speeds up to three hundred miles per hour.

As the show attempted to reclaim the attention of audiences, they also added another member to K.I.T.T.’s support crew, Peter Parros’s RC. Reginald Cornelius III caught the attention of Michael Knight as he chased after bank riders. After the Juggernaut irreparably damaged K.I.T.T.’s original frame, RC helped Bonnie rebuild and redesign the car. As he worked with Bonnie, he snuck in new features, like a convertible mode.

Unfortunately, the show did not maintain the high ratings that it gained during its early seasons. So, the entire crew knew that season 4 would be the final season for Michael Knight and K.I.T.T. Hasselhoff hoped to send off the season with an episode that he and his wife, Catherine Hickland, helped develop. Unfortunately, “The Scent of Roses” proved too dark, so “Voo Doo Knight” became the season finale instead.

What are your fondest memories of Knight Rider?

Over the years, many have returned to and discovered the series via reruns and DVD releases. So, we would like to hear about your fondest memories of Knight Rider. Did you grow up with the adventures of Michael Knight and K.I.T.T.? Is the rhythmic beat of the theme stuck in your head? Let us know in the comments below.

Do you have old and used Knight Rider toys?

If you have a collection of old and used toys, you can turn those toys into cash. There is no reason to let those old toys collect dust. Contact us today to sell your Knight Rider toy collection.

Made in collaboration with: 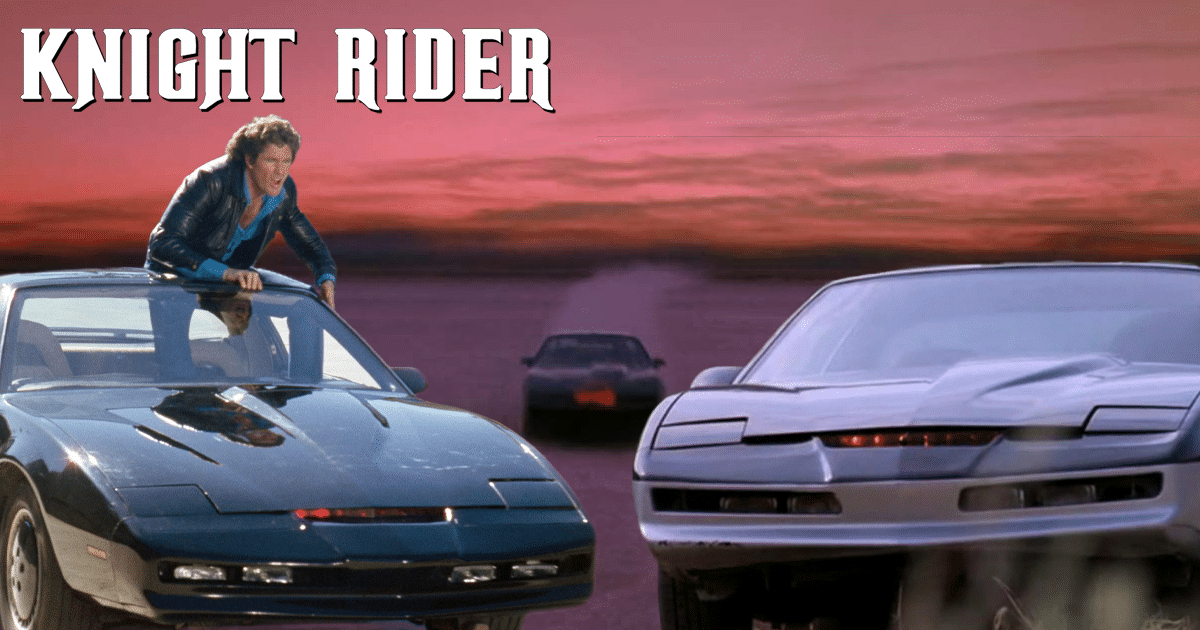