For a generation, audiences experienced animated TV shows like Real Ghostbusters, Teenage Mutant Ninja Turtles, Orson’s Farm, and the Super Mario cartoons. To succeed, new series must premiere with a touch of excellence and a captivating storyline to attract the audience.

Despite the huge standards, Warner Bros. and Tobin Wolf found a way to introduce a new movie series with a unique style. ThunderCats was an amazing series that Warner Bros. owned while Tobin Wolf received credit for its creation. Meanwhile, Arthur Rankin and Jules Bass co-produced each of the series, except for the last series in 2020.

ThunderCats is amazing science fiction, action, and adventure animated TV series. The original series aired from 1985 to 1989. Then, the second series aired between 2011-2012. Finally, the third series which was the ThunderCats roar aired in 2020.

Comics have documented the unique content of the series. Meanwhile, video games have also emulated the series, further highlighting the significance and fame of the franchise among the audience.

Presenting a retrospective of the different series of the ThunderCats

The ThunderCats and the escape from Thundera

In the struggle for survival, there was a group of elite cats that the aging and intelligent Jaga, who owns a powerful sword, led. This sword was the ” Sword of Omens”, which any of the cats’ foes would love to take possession of. The other members of the elite group include Panthro, Tygra, Cheetara, Wily Kit, Wily Kat, Jaga’s young successor, Lion-O, and his nanny Snarf.

With the damage to their ship, the elite group of ThunderCats had to land on an unknown planet called “The Third Earth”. Before their landing, the wise Jaga volunteered to pilot the ship. He thus died of old age, leaving the young Lion-O as the custodian of the Sword of Omens.

The inhabitants of Third Earth warmly received the ThunderCats as their new neighbors. However, the presence of their traditional foes soon interrupted the warm reception. The mutants, whose leaders were the cunning Slithe, the oafish Monkian, and the cowardly Jackal man, had followed the ThunderCats to Third Earth.

The mutants were stronger than before with their union with a new ally called “Mumm-Ra”. Mumm-Ra was a powerful sorcerer who aimed to steal the Sword of Omens. Thus, he would become the most powerful creature in the universe. The ThunderCats also found some new allies such as the Warrior Maidens, half-bear-half-robotic robear berbils.

Rather than become a new home, the ThunderCats’ new habitat became a different battleground. So, the cats must overcome different villains in each episode of the series.

In 1986, the series continued with the second season tagged “ThunderCats Ho!”. The series portrayed new ThunderCats who also escaped the destruction of their initial habitat. Lion-O welcomed the arrival of new ThunderCats, who joined the other ThunderCats. The episodes later showed that Mumm-Ra was alive after his apparent death in the first season. The second and third seasons focused on the confrontation of different villains by the ThunderCats.

In the fourth and final season of the TV series in 1986, the ThunderCats returned to a new Thundera to rebuild their city. Before their departure, the Cats also destroyed Mumm-Ra and his pyramid. The spirits of evil later brought back the wizard in search of vengeance. The fourth season was not as well-received as the others as the season looked divorced from the other seasons of the movie.

The Legacy and reception

All through the seasons, the series sustained the central theme of Good vs Evil. This theme also appeared in the series that followed in 2011 and 2020, respectively.

After the destruction of their home, the ThunderCats have now established a new kingdom of Thundera on the planet Third Earth. In this series, the ThunderCats had appointed Claudus as their new leader. Meanwhile, Lion-O maintained his status as the heir and the custodian of the sword of Omen.

Mumm-Ra maintained his role as the supervillain, aligning with any foe of the Cats. Mumm-Ra seems to have developed as a powerful adversary of the cats, using supernatural forces to conquer the cats in other to maintain his dominance over the planet. On a particular night, Mumm-Ra-led forces came up against the cats and eventually subdued the cats, dispossessing them one more time from the Thundera.

Claudus, the cats’ leader died during the invasion while the forces of Mumm-Ra enslaved the ThunderCats. Again, Lion-O and an elite group of cats luckily escaped the invasion and went in search of the book of Omens which they believed to contain how to defeat Mumm Ra.

Lion-O led the team to eventually find the book and realizes they had to unite all creatures living on the Third Earth to defeat Mumm-Ra. In addition, the group also went in search of three stones of power, objects capable of making Mumm-Ra the most powerful being on the planet, a dream he has always nurtured.

Internal divisions also weakened Mumm-Ra’s troops, leading to his appointment of Jackal and Radicus as generals to compel obedience from his army. However, their appointment was not enough to stop the eventual victory of the ThunderCats.

Fans enjoyed this series, feeling that its storylines were in close resemblance with that of a movie and not just a Saturday morning show. The second series maintained the high standard created by the first series and there was no iota of disappointment with this one.

The ThunderCats third series premiered on February 22, 2020, although its announcement occurred in May 2018 with the release projected for September 2019. The series later ended on December 5, 2020. Warner Bros Animation produced the series and Jules Bass oversaw production following the death of Arthur Rankin in 2014.

Like the original franchise of the TV series and the preceding series of the ThunderCats, this series maintains a similar storyline of ThunderCats searching for their survival after the destruction of their natural habitat. Lion-O and a team of elite cats luckily escape the destruction of their planet Thundera. The group of ThunderCats soon found themselves on a different planet called Third Earth. The ThunderCats found themselves wrestling for survival against villains inspired by the very powerful and evil Mumm-Ra. The evil ruler of the Third Earth continues to pursue his desire to rule the planet and establish his tyrannical rule.

The reception of this series was negative as the audience seems to have disliked the use of comedy in the series. The change in tone, rather than provide a uniqueness, drew criticisms from the audience of the franchise. However, the movie maintains its action and science fiction attributes.

Since the introduction of the TV series, ThunderCats has remained one of the most-watched animated TV series. Its characterizations and its ability to combine the adventure, action, and science fiction genre were one of the series’ most unique attributes. Although the addition of comedy brought it negative reviews, the series before 2020 produced some famous humorous scenes with characters like Jackal the coward, regularly amusing the audience with his roles. ThunderCats for so many reasons remain one of the best-animated TV series of all time.

Do you have old and used ThunderCats toys?

If you have a collection of old and used toys, you can turn those toys into cash. There is no reason to let those old toys collect dust. Contact us today to sell your ThunderCats toy collection. 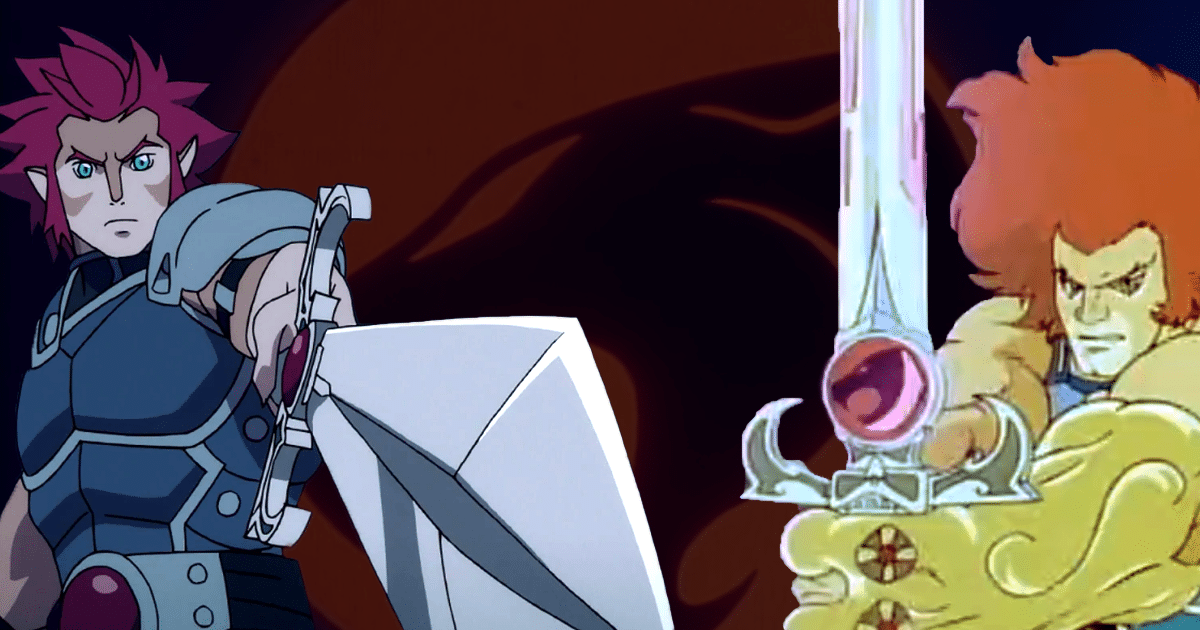